Rosemary Elizabeth “Posy” Simmonds MBE (born 9 August 1945) is a British newspaper cartoonist and writer and illustrator of children’s books. She is best known for her long association with The Guardian, for which she has drawn the series Gemma Bovery (2000) and Tamara Drewe (2005–06), both later published as books. Her style gently satirises the English middle classes. Both of the published books feature a “doomed heroine”, much in the style of the 18th- and 19th-century gothic romantic novel, to which they often allude, but with an ironic, modernist slant.

Posy Simmonds was born in Berkshire and educated at Queen Anne’s School, Caversham. She studied at the Sorbonne before returning to London to attend Central School of Art & Design. She started her newspaper career drawing a daily cartoon, “Bear”, for The Sun in 1969. She contributed humorous illustrations to The Times from 1968 to 1970. She also contributed to Cosmopolitan, and a satirical cartoon to Tariq Ali’s Black Dwarf magazine. She moved to The Guardian as an illustrator in 1972.

In May 1977 she started drawing a weekly comic strip for The Guardian, initially titled The Silent Three of St Botolph’s as a tribute to the 1950s strip The Silent Three by Evelyn Flinders. It began as a parody of girls’ adventure stories but he strip soon focused on three 1950s schoolfriends in their later, middle-class and nearly middle-aged lives. The strip was collected into a number of books: Mrs Weber’s Diary, Pick of Posy, Very Posy and Pure Posy, and one original book featuring the same characters, True Love. Her later cartoons for The Guardian and The Spectator were collected as Mustn’t Grumble in 1993.

In 1981, Simmonds was named Cartoonist of the Year in the British Press Awards. In 1982 and 1983 she contributed a regular full-page strip to Harper’s Magazine in America. In 1987 Simmonds turned her hand to writing, as well as illustrating, children’s books. Fred, the story of a cat with a secret life, was later filmed as Famous Fred and nominated for the Academy Award for Animated Short Film and several BAFTAs. Her other children’s books include Lulu and the Flying Babies, The Chocolate Wedding and Lavender.

In the late 1990s Posy returned to the pages of The Guardian with Gemma Bovery, which reworked the story of Gustave Flaubert’s Madame Bovary into a satirical tale of English expatriates in France. It was published as a graphic novel in 1999 and was made into a feature film, directed by Anne Fontaine in 2014. Literary Life appeared in The Guardian’s “Review” section on Saturdays from November 2002 until December 2004. One collected edition of Literary Life cartoons has been published.

Posy’s 2005-6 Guardian series, Tamara Drewe, made its début in the Review section on 17 September 2005, in the first Saturday paper after the Guardian’s relaunch in the Berliner format. It ended, with episode 109 and an epilogue, on 2 December 2006 and was published as a book in 2007. In 2010 the story was adapted as a feature film of the same name, directed by Stephen Frears from a screenplay by Moira Buffini, starring Gemma Arterton.

She drew the illustrations for the opening titles of the BBC’s 2007 production of Elizabeth Gaskell’s Cranford, and for Midsummer Nights, a volume of opera-related short stories by prominent writers published in 2009 to mark the 75th anniversary of the Glyndebourne Opera Festival. She was made a Member of the Order of the British Empire in 2002 for services to the newspaper industry. After being nominated already in 2001 for Gemma Bovery, Simmonds won the 2009 Prix de la critique of the French Association of comics critics and journalists for Tamara Drewe. 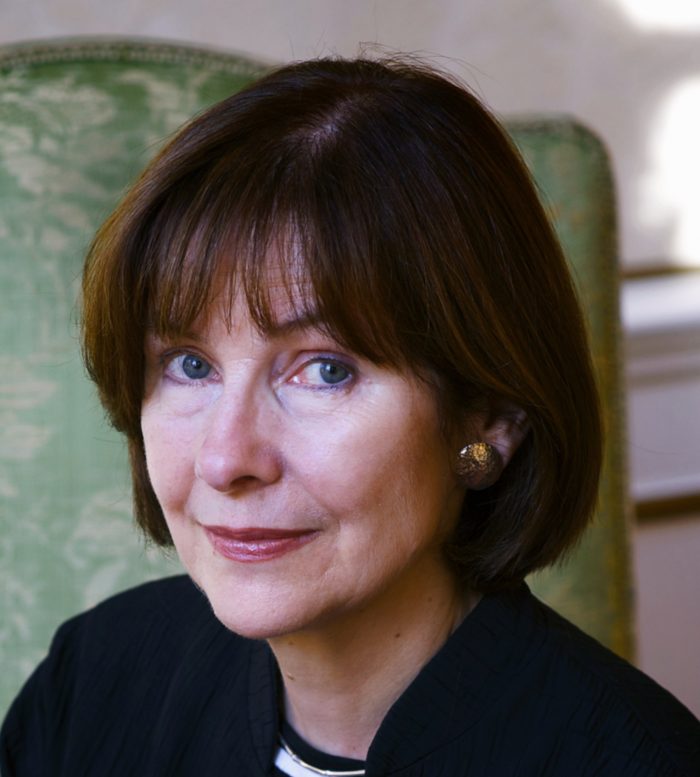