Kimsooja was born in Daegu, Korea in 1957 and now lives and works in New York and Seoul.

She is perhaps best known for her video work A Needle Woman, in which she stands still in a busy city centre, holds her space as people pass by around her, and creates a place of intense calm. Related to this, Kimsooja’s 14-metre-high sculpture A Needle Woman: Galaxy was a Memory, Earth is a Souvenir was recently shown at Frieze Sculpture curated by YSP Director of Programme, Clare Lilley, and will also be sited in the open air at Yorkshire Sculpture Park  in Spring 2019. This elegant spire was developed with scientists at Cornell University, New York, who formulated a nanotechnology film applied to the acrylic windowpanes that most closely mimics the iridescence of butterfly wings. With a mirrored floor, the environment within the spire is remarkable and its space appears to extend deep into the earth and to reach into the cosmos. It is a profoundly stilling, meditative experience, whilst from without, the spire is an extraordinarily graceful and uplifting sculpture. This is only the third time that A Needle Woman: Galaxy was a Memory, Earth is a Souvenir has been shown in public. 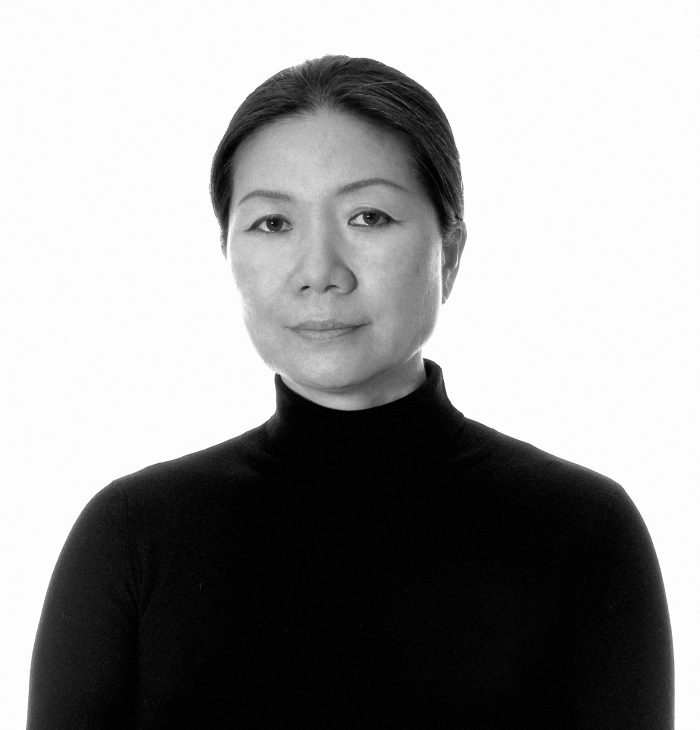