Lee Miller (1907 – 1977) first entered the world of photography in New York as a model to the great photographers of the day such as Edward Steichen, Hoyningen-Huene and Arnold Genthe.

In 1929 she went to Paris and worked with the well known Surrealist artist and photographer Man Ray, and succeeded in establishing her own studio. She became known as a portraitist and fashion photographer, but her most enduring body of work is that of her Surrealist images. She returned to New York in 1932, and again set up her own studio which ran for 2 years and was highly successful. It closed when she married a wealthy Egyptian businessman Aziz Eloui Bey and went to live with him in Cairo, Egypt. She became fascinated by long range desert travel and photographed desert villages and ruins. During a visit to Paris in 1937 she met Roland Penrose, the Surrealist artist who was to become her second husband, and travelled with him to Greece and Romania. In 1939 she left Egypt for London shortly before World War II broke out. She moved in with Penrose and, defying orders from the US Embassy to return to America, she took a job as a freelance photographer on Vogue.

In 1944 she became a correspondent accredited to the US Army, and teamed up with Time Life photographer David E. Scherman. She followed the US troops overseas on D Day. She was probably the only woman combat photo-journalist to cover the front line war in Europe and among her many exploits she witnessed the siege of St Malo, the Liberation of Paris, the fighting in Luxembourg and Alsace, the Russian/American link up at Torgau, the liberation of Buchenwald and Dachau. She billeted in both Hitler and Eva Braun’s houses in Munich, and photographed Hitler’s house Wachenfeld at Berchtesgaden in flames on the eve of Germany’s surrender. Penetrating deep into Eastern Europe, she covered harrowing scenes of children dying in Vienna, peasant life in post war Hungary and finally the execution of Prime Minister Lazlo Bardossy.

After the war she continued to contribute to Vogue for a further 2 years, covering fashion and celebrities. In 1947 she married Roland Penrose and contributed to his biographies of Picasso, Miro, Man Ray and Tapies. Some of her portraits of famous artists like Picasso are the most powerful portraits of the individuals ever produced, but it is mainly for the witty Surrealist images which permeate all her work that she is best remembered. 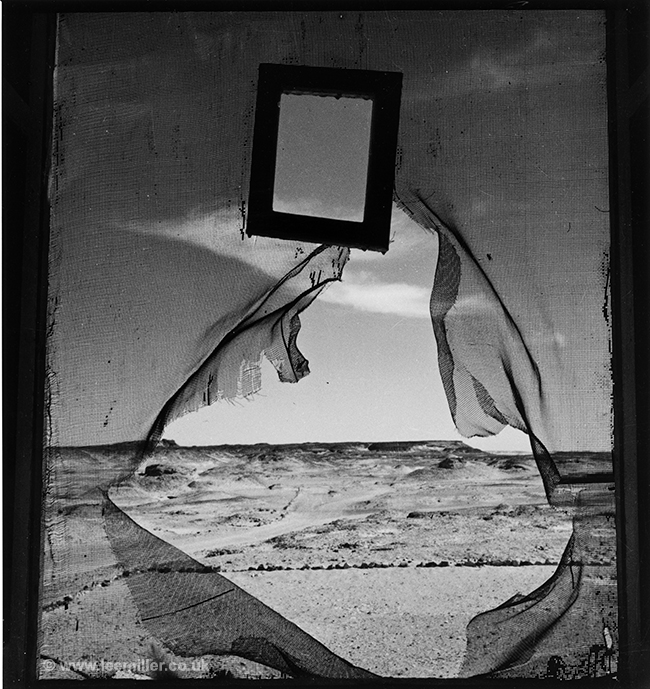