The End of the War: Brangwyn’s War Posters

Home » Exhibitions » The End of the War: Brangwyn’s War Posters

Frank Brangwyn’s powerful posters were designed to raise sympathy and support  for British and Allied forces and victims of the Great War.

Brangwyn (1867- 1956) was born in Belgium, although he spent most of his life in London.  He had no formal training but he could turn his hand to anything from murals and oil painting to book illustration.

He was not an official war artist, nor did he go to the Front, but he was an outstanding artist of the Great War. He drew on his memories of the French and Belgian countryside to gather with his emotional response to the invasion of Belgium.

Brangwyn’s posters are shown at the Mercer Gallery in Harrogate to mark the centenary of the end of the First World War, alongside other works by Brangwyn from the Harrogate Fine Art Collection.

Poster by Frank Brangwyn from the Great War

Mercer Art Gallery: The gallery is situated in the town centre, 10 minutes walk from rail and bus stations, 3 hours free disc parking nearby. 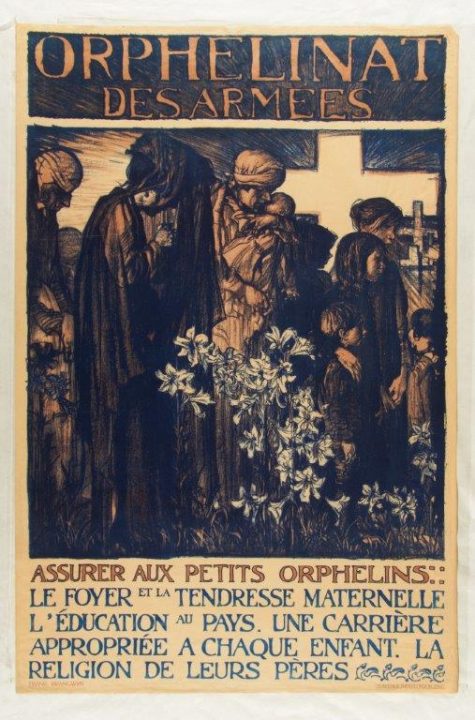 Poster by Frank Brangwyn from the Great War