Opened in 1927, the Ferens Art Gallery, the jewel in the city’s crown, was gifted to the city by TR Ferens, a local industrialist who also established a purchasing fund that has allowed the Ferens’ collection to grow in quality and range. From the outset, the gallery has acquired and commissioned works by living artists and was the first regional public institution to acquire a work by David Hockney in 1962. More recent activity has secured contemporary works by international artists such as Rotterdam-based duo, Bik van der Pol and American photographer, Spencer Tunick. The gallery’s notable permanent collection also includes a nationally significant Early Renaissance gold-ground panel by Pietro Lorenzetti purchased in 2013, as well as highlights by Frans Hals, Canaletto, Henry Moore, Barbara Hepworth and Mark Wallinger.
Regarded as one of the finest regional art galleries in the country and home to work by renowned artists from the fourteenth century to the present day, the gallery has recently undergone the biggest refurbishment of its 90 year history upgrading its temperature, humidity and lighting control systems. Since re-opening on 14 January 2017, following the £5.2 million project, the Ferens has welcomed unprecedented visitor numbers and was claimed by the Guardian’s Art Critic as “a masterpiece in itself”.
The gallery played a leading role in Hull’s year-long cultural programme during 2017, hosting the Turner Prize as one of its major events, following the loan of five of Francis Bacon’s renowned Screaming Popes series and Rembrandt van Rijn’s masterpiece The Ship Builder and his Wife, the first ever painting by the artist to visit the city, generously lent by Royal Collection Trust. Another significant highlight was a dramatic exhibition exploring modern and contemporary artists’ response to the body. SKIN presented major loans by Lucian Freud and the sculptor Ron Mueck (in partnership with ARTIST ROOMS on tour) alongside Ferens’ Spencer Tunick commission. 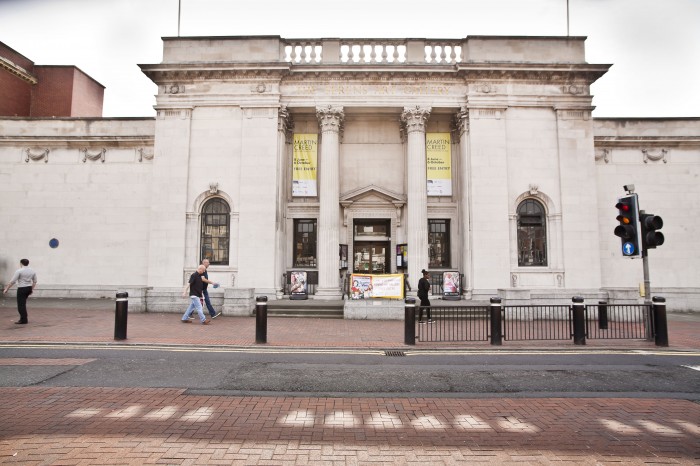