Featuring 36 works from the British Museum’s print collection, and two works from a private lender, this exhibition explores the work of Käthe Kollwitz through her self-portraits and portraits of working women, demonstrating her unique artistic talent, technical prowess and intelligence, and above all, her humanity.

Käthe Kollwitz (1867–1945) was one of the leading artists of the late nineteenth and early twentieth centuries, notable for the emotional power of her drawing, printmaking and sculpture.

Establishing herself in an art world dominated by men, Kollwitz developed a vision centred on women and the working class. Her two great series concerned with social injustice: Ein Weberaufstand (A Weavers’ Revolt, completed in 1897) and Bauernkrieg (Peasants’ War completed in 1908) demonstrate an ever-present imagery of death. This exhibition looks at her work through the exploration of three themes: self-portraits, social and political protest and the role of an empathetic and suffering mother. Käthe Kollwitz explored the last theme throughout her career, but all the more so following the loss of her younger son Peter in October 1914, at the beginning of the First World War.

The 36 works from the British Museum collection that feature in this exhibition were collected by Campbell Dodgson, Assistant Keeper then Keeper of the Department of Prints and Drawings (1893-1932). He bought Käthe Kollwitz ‘s prints in Germany before the First World War, influenced by his colleague Max Lehrs of the Dresden and Berlin Print Rooms, the artist’s first and greatest champion. Since the bulk of material came to the British Museum as part of Campbell Dodgson’s bequest in 1948 they have been available through the Student’s Room of the Museum, but rarely seen together in one exhibition.

Exhibitions and publications have constructed her as a ‘woman and artist’ and an ‘artist of the people’, describing her work as ‘the art of compassion’, but this exhibition will look at her as someone who first and foremost illuminates what it means to be an artist and to sustain a creative life. 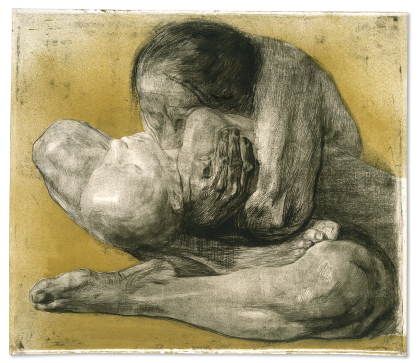 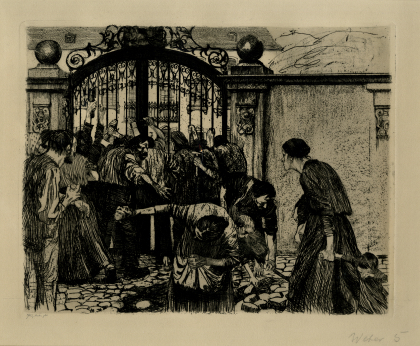 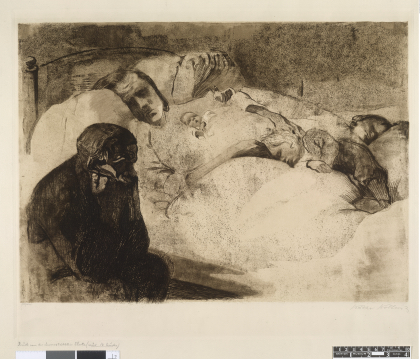 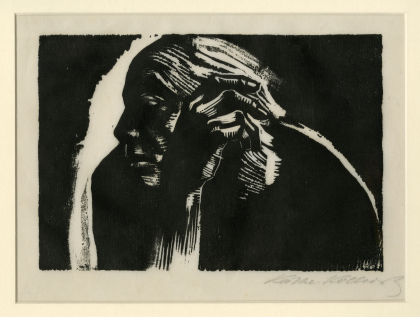